It is all hands on deck when it comes to addressing the lack of the engineering talent in Singapore. As the news broke that the Singapore government was investing a whopping $90m to support more tech developer talent and to meet the demand for 30,000 tech engineering jobs by 2020, many have rejoiced and celebrated for this breakthrough. Finally, it is the recognition that the engineers wanted, that more resources are needed if we wanted Singapore to be a talent hub of innovation.

But it has led to a puzzling thought as to why there so few engineers in the trade in the first place. Are our institutions of higher learning (IHLs) not producing sufficient graduates to take on engineering jobs?

Engineering graduates are many, but where are the engineers?

From this article, the Minister for Communications and Information, Dr Yaacob Ibrahim, highlights that out of 6,000 engineering graduates the IHLs produce each year, a significant portion of graduates do not enter the sector.

And why is this happening? To take this topic deeper, I interviewed five Singaporean engineering graduates who did not become engineers and asked for their insights, and whether throwing the money for training is sufficient to address the problem.

(For this interview, all names have been changed.)

Lack of good opportunities in a new industry

Alfred, 31, is a Bioengineering graduate from the 2010 cohort from the National University of Singapore (NUS). Bioengineering was a relatively new field then. While he was eager to pursue a career in bioengineering, there was a lack of suitable opportunities to engage in the design of medical equipment, which happened to be one of his interests and why he took up a bioengineering course.

Because of this, he did not pursue any bioengineering-related jobs and is now currently an executive in the financial sector. While he relishes the chance to be a bioengineer, he knows that his existing knowledge will be outdated.

He expects this problem to continue. “We expect the usual teething issues when you are the pioneer batch of a new industry, where employers and graduates are getting adjusted to each other. Usually opportunities are lacking in the beginning, and we should expect this to be part and parcel as Singapore launches new industries like the internet of things (IoT). It takes awhile before a new industry comes of age and job opportunities will build up over time.”

Lack of restrictions on foreign talent and a weak engineering portfolio

Bruno, 37, graduated overseas from the University of Cambridge in 2003 with an Industrial Engineering degree. He did not even consider an engineering job when he returned home. He is currently a supply director.

He gave this grim assessment, “Singapore does not have a strong portfolio of engineering products (e.g. building cars, trains, rockets), which require a high degree of brain work vis-a-vis simply just maintaining machines and executing technical process jobs. MNCs that choose to locate here in Singapore, may not park their most important IP-related work here with us.

Additionally, unlike lawyers, doctors, dentists, architects and other professions, there are no restrictions on new entrants to the market, hence depressing the wages comparatively when you have to compete with foreign talent.

As an engineer, he believes that there is no job security.

Because of the high attrition rates (since most engineers don’t end up as one), the government and many education institutions end up trying to advertise, market and entice more people to sign up for engineering courses, in order to offset the attrition rates and hence provide accessible and cost effective labour to businesses and MNCs. These very MNCs may in fact be the very ones deliberating whether to set up shop here in Singapore, or whether to relocate to a more cost effective region.

Finally, as an engineer, he believes that there is no job security. With the goods economy slowing and being superseded by services, and many of the manufacturing centres shifting offshore, engineers need to constantly build up their skills to stay relevant (e.g. move into growth areas like ICT, Hi-Tech R&D or Bio Tech). In spite of our government’s drive towards moving into higher value sectors, the labour supply and demand situation, prospects and job security for engineers still don’t look fantastic nor attractive.”

He did consider returning to become an engineer if the profession could be deemed as elite as other elite professions in the ranks of doctors and lawyers. “But then again, this will raise business costs and MNCs will not consider Singapore if they can find a cheaper base in a neighbouring country,” he sighs.

Cynthia, 33, is a chemical Biomolecular Engineering graduate from the 2008 cohort from the Nanyang Technological University (NTU). For her, the locations of where chemical engineers would work at deterred her choice to be an engineer.

When she was looking for a job, she found job opportunities centred mainly in off-shore Jurong Island, Pulau Bukom or the industrial Tuas area, which were difficult to get to and with amenities lacking. Also, the job descriptions showed the work will be repetitive in nature and with nothing interesting to challenge her. For these reasons, it has stopped her from even considering a job as a chemical engineer. She currently works in a commercial contract role.

When asked what would entice her to go back to engineering, specifically chemical engineering, she commented, “Perhaps there are opportunities in research that will provide more challenges for me to push beyond the boundaries of science and make new discoveries. It beats being in a chemical facility repeating the same process each day. Moreover, as a mother now, having a more centralised location will ensure that I can return on time to pick my children from childcare.”

Negative perception of the engineering career 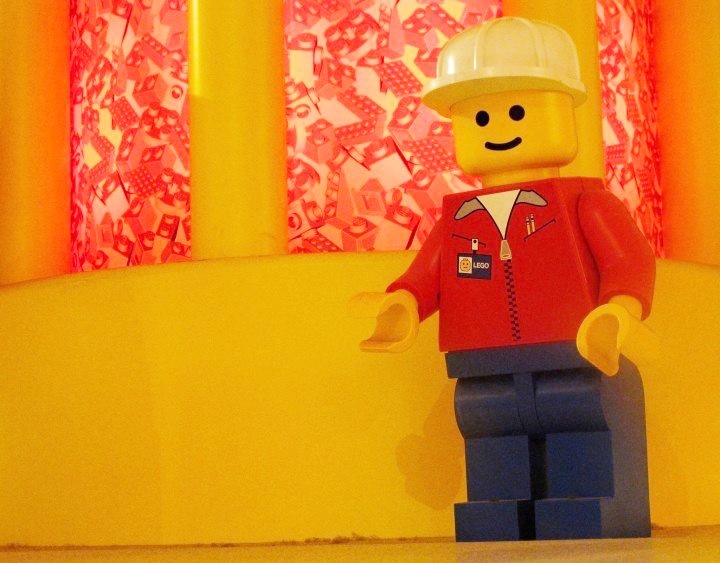 Donald, 35, is a NUS Civil and Environmental Engineering graduate from the 2005 cohort. He joined the finance industry and is now a Regional Head of Product Management, Commercial Cards. Like other engineers over the years, he is one of the many who were poached into the finance industry.

It was a disappointment as Donald would have shone in an engineering career. The turning point for him to decide another career was during his internship. He explains, “When I did my internship at a Japanese engineering firm, almost all individuals there were non-Singaporeans, with most being Malaysian and mainland Chinese. The influx of foreign engineers who were considered cheaper and more experienced were flooding the market. It felt that as a Singaporean engineer, the career was limited with a dead end.”

There was a perception that while engineering was a professional degree, it was viewed as an outdoor, dirty job.

He added that his first job in finance paid higher than what engineering could have offered. Furthermore, there was a perception that while engineering was a professional degree, it was viewed as an outdoor, dirty job, where the engineer spends most of his time at a job site.

So why did he then choose engineering as a course to study?

He replied, “Engineering was a degree that I saw as a discipline that is versatile. The key talent or skills required in various industries or roles are similar to engineering, eg strong project management skills; the ability to think through a problem. These are generally skills learnt through engineering school, which trains an individual for what is required in the working life. The requirement for an individual with these core fundamental skills remains the same across multiple industries and is not isolated to only engineering.”

Lack of social life and flexibility

Eddy, 37, is a Chemical Engineering graduate from the 2003 cohort from the National University of Singapore. As he shared with me, he lacked the interest in engineering and instead chose his path to be a Financial Services Consultant, doing financial planning and insurance sales.

Other than the usual reasons which were cited by the other interviewees, Eddy highlighted an interesting aspect of a potential lack of social life. His perception was that engineers had to work long hours in obscure facilities, which will deprive him socially. This explains why he chose a career which was more flexible in nature.

To be fair, the government has taken steps to address some of these issues highlighted by the interviewees. For example, the government will limit the foreign talent to tighten the Singaporean core. This will no doubt assure Singaporeans that they will be given a fair chance at engineering opportunities locally. However, it also becomes a balancing act to convince MNCs that a dearer Singapore has a higher value add than if they were to base themselves in another country.

To address this issue, Bruno feels that having innovators will justify that premium and wants a change in the education system. “Make learning and technical work fun by changing the mindset within the Singapore educational system. Stimulate the growth of inventors who are really passionate and ideal driven rather than a “kiasu” competitive slog in the meritocratic rat race that mirrors that of Confucius-based society, which stresses on hierarchical achievements and rote learning rather than idealistic, passionate and creative pursuit of science.”

Eddy agrees and also talks about passion. “It is not just about getting the numbers – passion, talent and aptitude are more important. It is better to have one passionate and brilliant engineer who can revolutionize your company and the industry than five who are merely clocking hours. If they are not interested in growing in their careers, they will make the early/mid-career switch anyway – this is inevitable.”

In a multi-faceted issue that we have to deal with to grow our engineering core in Singapore, the push for training funds is a good step in the right direction. Now the battle turns towards changing minds of employers and potential engineers alike.

This article is the ninth of the ‘Engineering Singapore’ Series, where I delve into the state of engineering and its community in Singapore.