Paying-it-forward, an ideal that was relatively unknown to the Singapore startup community in 2011, was met with much scepticism, and even mockery, by many people.

I recall a few mercenary VCs telling me then, “In this startup industry, it is all about squeezing and making as much money as we can from the entrepreneurs. I cannot imagine helping entrepreneurs for free when it doesn’t benefit us. Anyway, why should you teach others for free? They won’t bother to help others after you have helped them. Nobody is grateful.”

Despite the naysayers who’ve said that it was an unsustainable concept in a dog-eat-dog environment, the founders of Angels Gate Advisory (AGA) proved that not only would it work, but paying-it-forward will become infectious and an integral part of the ecosystem’s DNA.

The Singapore startup landscape of 2011

In 2011, Singapore’s tech startup ecosystem was still considered a cowboy landscape. It was grants galore, and had an abundance of grantepreneurs.

Grantepreneurship is the art of taking government grants for the sake of taking grants, without any sustainable business idea because it was regarded as free money and an entitlement. This was an unintended effect of there being abundance of government grants.

Incubators, who were appointed to administrate these schemes, used these grants to prey on and squeeze startups. In a Business Times article, our co-founder, Ko Tze-Shen described an example of predatory incubation, “For instance, an investor values a startup at S$200,000. He invests S$10,000 and helps the startup get S$50,000 in government grants. Normally, he would get only 5 percent of the company, but a deal is struck such that the investor gets S$60,000, or 30 percent, worth of equity. The investor is basically leveraging government grants to get additional equity out of the startup.” “Entrepreneurs building entrepreneurs” was the answer to address these two issues. The guiding principle was to pay-it-forward and expect nothing in return, to a point of not benefitting and even sacrificing time and opportunities, just to mentor, nurture and pass our experiences and business skills on, so that this valuable IP will be retained and built upon across generations.

But where could we find funds to sustain such an ideal? We needed space and a small team to oversee and coordinate its implementation. We approached various private investors, but their responses were lukewarm. No one was keen to support the idea.

The Media Development Authority of Singapore (MDA) called for a second round of incubators in 2011 for the iJAM program.

Startups were provided with a S$50,000 Tier-1 grant and, upon meeting successful milestones, would be offered another S$100,000 Tier-2 grant if an investor co-matched S$100,000. For each successful Tier-1 or Tier-2 incubatee, MDA would pay the incubator a small token sum, which we calculated to be sufficient to handle our operation costs.

Michael Yap, the creator and brains behind the iJAM program, was filled with scepticism, as we were a team that lacked the talent and track record to be an appointed incubator. However, by some act of divine intervention, Michael gave the go-ahead and AGA thus began its story. (We’ll always be grateful for Michael’s faith in us.)

Khattar Holdings also gave us the much needed startup working capital and a generous S$200k interest-free bridge fund, which we used to first provide cash flow to the startups, while waiting to receive the grant reimbursement.

With the new, sustained stream of funds, we started a small 1,500 sq ft office in Block 71, and allowed free working space and meeting rooms for the iJAM incubatees to operate.

Despite all this, it was a hard sell, given our very lack of experience running an incubator. Things started off slowly, with 6 startups signing up in 2012.

Things started off slowly, with 6 startups signing up in 2012.

We also arm-twisted many entrepreneur friends and got them to provide free mentorship for our startups. Yung Yih Tan, co-founder of HGW, was one such person. We also had Joel Fu, strategic director of Sgcarmart, who was so kind as to write to us and join us in our vision, as well as to provide guidance to the startups under our wing.

The results started to compound. Year after year, the startups began to mature to the next stage, and the alumni from these startups became advisors and mentors to the next cohort of iJAM incubatees.

The alumni also became our ambassadors, selling the vision of paying-it-forward to others in the community. In fact, many of our subsequent startups who came in were referrals from the alumni.

The results validated our efforts. As of March 31, AGA has had a whopping total of 38 iJAM incubatees, and helped them raise an aggregate S$6.2m through grants and angel-cum-seed investment. And AGA took no equity or payment from startups for the work we did.

40Tasks, an incubatee and hyperlocal flash deals app, raised S$482,000 from 500 Startups and Tri5 Ventures. Airfrov, another incubatee, which taps on travellers to bring consumers items back from overseas, raised seed funding from East Ventures. (Disclosure: Tri5 Ventures is an affiliate of AGA and East Ventures is an investor of Tech in Asia. See Tech in Asia’sethics page.) The Airfrov team, one of AGA’s incubatees

As Cai Li, cofounder of Airfrov, succinctly put, “Without the iJAM incubation from AGA, Airfrov might have not survived until today.” This similar sentiment is shared among his fellow AGA incubatees.

From iJAM incubator to advocate of the startup community

With the sustained funds, we also had the opportunity to open a space to provide over 600 free one to one advisory clinics to non iJAM startups, where mentors took an hour to advice startups on anything from ideation, go-to-market, funding, partnership agreements, product development, etc. Through these sessions, we ourselves learned so much about the industries these startups operated in.

With the valuable knowledge we obtained through these sessions, the natural next step was for us to be a voice for the community.

In June 2015, Tech in Asia opened its doors to community writers. I felt compelled to share the knowledge we learnt over the years, and created the Startup Advisories series. AGA also became a voice for startups to speak to the traditional business investor community, where we spoke out on issues on the Singapore Business Times.

The floodgates opened further for more community activities. In 2015, the AGA folks volunteered to be speakers, coaches, mentors, judges in various accelerators and education institutions, further spreading our vision of paying-it-forward.

Expanding to address a national-level agenda

Through the impact and reach of the Tech in Asia articles I wrote, AGA started to engage deeply with the Infocomm Development Authority (IDA), where part of its agenda was to address the tech talent development in the country.

In October 2015, I highlighted the dark side of tech development in Singapore, where we raised the topic on the lack of engineering talent, which opened the door for us to meet with IDA. It was a great time engaging them. In summary, their point to us was “Rather than just talking about it, do something together with us to solve it.”

And so we did. Without the need to be paid.

In January 2016, we took a visit to San Francisco with our own funds, and through some unlikely act of kindness, we connected with Hack Reactor and Make School. Their respective founders arrived to Singapore soon after, for their fact-finding visits. With further kindness from the community, we brought the founders to meet with parties who were more than willing to share their insights and confidence in the Singapore tech ecosystem. 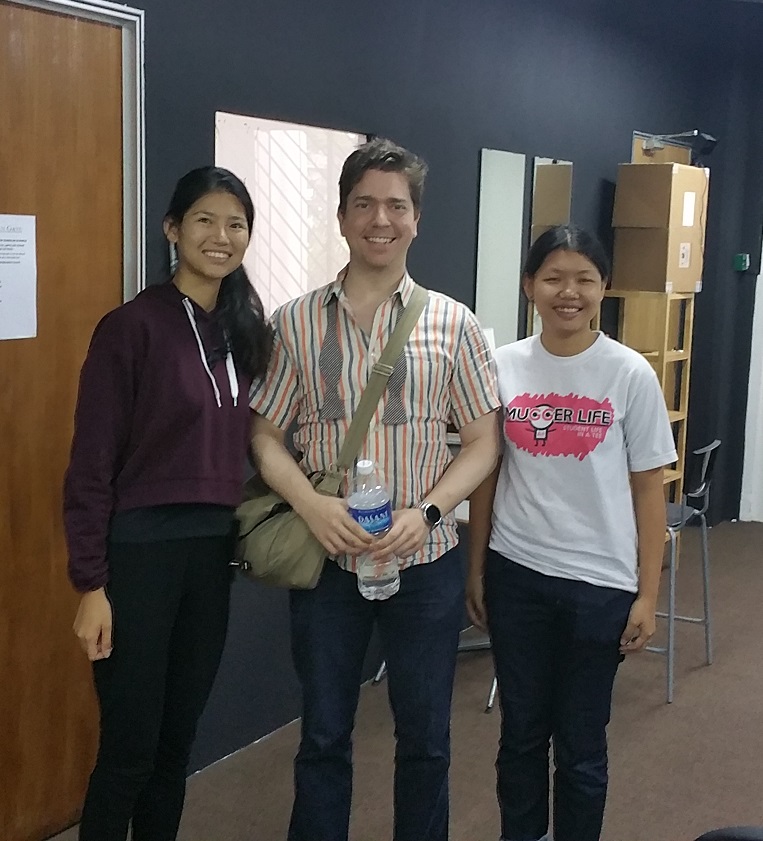 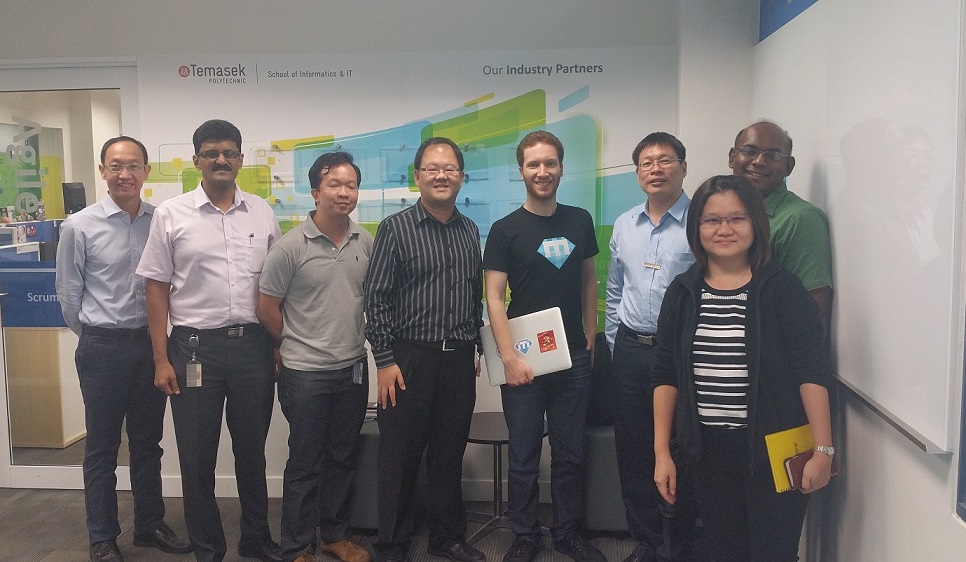 It would suffice to say that I am proud to report positive considerations from these programming schools, and we should be expecting Singapore to benefit from some exciting programming bootcamps real soon.

Being evangelists for the Singapore ecosystem

Our overseas connections grew, and it was timely to visit other ecosystems and build connections to aid Singaporean startups. We travelled to many cities, including the Bay area.

We were privileged to be able to speak at various fireside chats, where we promoted opportunities in Singapore, and its startup ecosystem. We were natural evangelists, given our community activities and understanding of the community. As born-and-bred Singaporeans, it was exhilarating waving the flag and promoting our nation’s interests.

Closing down AGA and celebrating a historic milestone

Despite the great satisfaction derived from these pay-it-forward activities, as iJAM came to an end, so did AGA’s ability to sustain itself operationally. It was through the administration fees we received, no matter how small, that kept the company sustainable. The founders decided that AGA will cease to be an entity and will no longer carry out its operations, other than with a small crew to finish outstanding iJAM projects.

Despite the closure, we the founders felt it was a great cause for celebration. AGA was no different from a startup; we fought the odds, bootstrapped and achieved our goals for the Singapore ecosystem.

We know our work has helped break down barriers, encouraged people to pay-it-forward to each other and has evolved the heartware of the ecosystem.

Whatever the upcoming government schemes may be, you can be certain that the AGA founders and team will carry on the baton for the pay-it-forward ideal, but this time with a bigger and better plan.

To this end, to the many in the community we have worked with in one way or another, thank you for your involvement and support for AGA and the pay-it-forward ideal. The friendships and camaraderie that we have built will only deepen and bring us all to the next level of entrepreneurship for this country, which is vital to its survival as a nation.

This is the fourth article of the Heartware Singapore series, where the author shares on different topics to spur the Singapore startup ecosystem.